Strange. I listened to this CD a couple of times over the weeks since it's in my possession. Not once in its entirety, I hasten to add. It was not because of the music on offer, I can guarantee you that much, more of a general distraction and an overall lazy behaviour. Well, that is until recently. I've written so much about Doctor's Order and their music, it seems a bit of a merry-go-round for me, but fortunately, when I start writing about the band and their music, it's all fresh and I see angles I've never seen or heard before.

This last (and final) offer in the post facto series on Doctor's Order let's you have two previously unreleased studio tracks and 12 live tasters from Juttutupa and Swengi. The two studio tracks wouldn't have been misplaced on a regular Doctor's Order album. "No More Doggin'" is as close to Dr. Feelgood as it can get and "My Babe" goes way back to Johnny Kidd & The Pirates. For this alone you'll have to get this CD (Finnish Music & Media/Finnish All Music Media Oy – as usual). 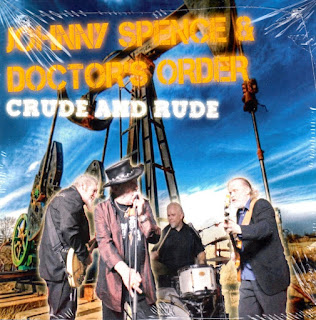 The "Live At Juttutupa" section comprises of nine tracks recorded on October 8, 2016. The music is again geared towards Johnny Spence. The real surprise here is "Hot Wheels". I had to doublecheck, just so to avoid blowing warm air. It's the old Hurriganes track. The latter are an institution in Finland and if you want to become a resident there, you have to go to their immigration office and explain in detail how many records by the Hurriganes you have in your collection and then you're tested in a 10 page multiple answer questionnaire. No mistakes allowed or you'll be sent back home.

I've no idea where this tape is coming from (Teppo's stash, no doubt about it), but it certainly is not of soundboard quality. Sounds a bit like a proper audience recording. You have to compromise on sound quality here, but it's still very worthwhile. But then, I'm a bit(!) biased, as I've seen this line-up twice at the Juttutupa and the gig was excellent as always and it's a good place to be. Having said that, I need to put the sound quality in perspective. It's very enjoyable and a far shot from bootlegs of, say, the Rolling Stones or Led Zeppelin in my collection (or some Dr. Feelgood ones). 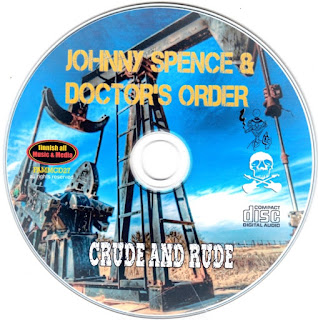 On March 7, 2009 the "Live At Swengi" closes the proceedings with 3 more tracks. The audio quality picks up considerably on these songs. This is more in your face, more punch, more everything. And this is the other "for this alone you'll have to get the CD" comment. It just blows you out of your rocking chair. That's the way Johnny Spence & Doctor's Order will be remembered. 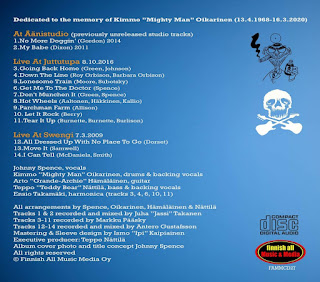 Ensio Takamäki (sometime Harmonica player – on recordings and live) is part of the gig at the Juttutupa, so I'm not 100 % sure I wasn't at the very gig these tracks are coming from. I quite like the cover image, thumbs up. The CD is limited to 100 copies only and at the time of writing this entry, a bare 10 copies are left.