Here it is, the first full length album of flector (after an initial three track CD). I've said my bit about the band and the CD "Leaving My World" is very much what I expected and had hoped for. Seven tracks, clocking in at just beyond the 41 minute mark and not a million miles away from their earlier taster (although this time, there's a whole new line-up). The band played a gig a few weeks ago in Wetzikon (Scala) introducing the new CD (and selling it at the merchandise table, obviously). 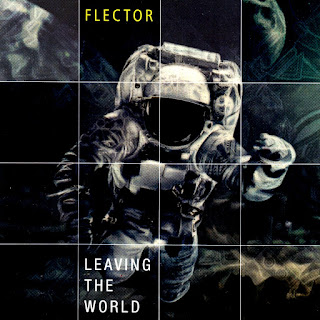 The songs are very well chiseled out and the music meanders somewhere along Epic, Prog and Hard with enough detours not to pin a single style on their lapels. In fact, the genres just mentioned blend into each other and the tracks will hold your attention at any moment during the performance. A few weeks into buying the CD, I will skate on thin ice, but I truly believe that the album won't get boring in the near future. There's so much to discover and it's just the right side of pompous. Unlike some bands noodling their "Prog" through all loops. It flows all natural and not artifically blown up.

I spare you my thoughts on the songs, you really have to listen to them. I've spoken to quite a few people about the music of flector and in general (100 %) the feedback was excellent. This is going from "great", via "genius" to "fantastic", and I'm not one to disagree. You might want to check out YT, there are some of these tracks online, although the sound quality is for the bins (as usual on YT). The CD itself is very well recorded and leaves nothing to be desired sonically. 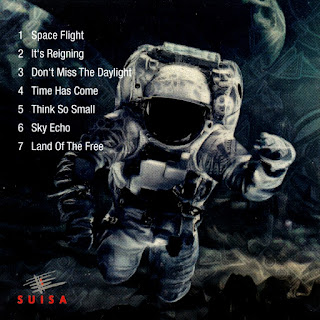 flector are not a professional band at all, but they do sound like one. And the fact that all of their songs are original ones is well worth mentioning. I have the utmost respect for bands getting down on their knees and come up with something original. Their status doesn't just extend to this CD (and the previous EP) but they're an experience on stage as well. At the aforementioned gig at the Scala in Wetzikon, flector pulled out all stops (as they usually do, no idea why I should mention this).

The flector management also sends this CD abroad (as well as t-shirts), ask on their website www.flector.space and have a fallback to earlier times when music was so much more than just streaming. And the proficiency of their playing is just the icing on the cake. What else? I've seen the band live a couple of times and on stage they seem to come across a bit harder. This is another topic I have discussed with a few people but I don't think it's because live music in general is a bit edgier (which I believe is true), but it does sound like the option to go "hard" is well balanced.

P.S.: If anyone wonders why I should spell the name flector with a small f, this is how the band set out at the beginning. I notice a change to F lately, but I'm not sure this is their intention.