Only almost a year later http://thepracticerocks.blogspot.com/search?q=mighty+four this CD has finally found its way into my CD player. Talk about fast! I'm going to review the CD on my website (link will follow as soon as its up), so this here is just a short one. Eight tracks clocking in at just below the half hour. But as the saying goes, rather a first class 30 minutes, than a boring full hour. The band seems to be more diversified, compared to earlier releases and there is even a heavy Blues of sorts ("Meet Me Down The Corner"). They call it High Class Jump'n'Blues, but there's a good slice of Rock'n'Roll to be found as well. Recommended listening of the month and contender for a top spot in the 2011 shortlist of albums. Did I say I was late?

Devon
Posted by Devon at 6:59 PM No comments:

Just listening to a bunch of CDs by one of my all time favourite bands, I was surfin the www at the same time and came across this video here. A rather recent gig and around 60 minutes of it.


Hook it up to your TV set and enjoy! Shonen Knife rocks! Even after all these years.

Devon
Posted by Devon at 8:05 PM No comments:

Here's just a glance at the world of Danny Amis aka Daddy-O Grande. He's best known for his role in Los Straitjackets (a fantastic instrumental band btw), but he's been playing with a lot of other bands as well. Lost Acapulco are one outfit that comes to mind (their collaboration CD with Daddy-O Grande is highly recommended).


If you can't do without vocals, then you're certainly on the wrong boat, but if you find good instrumental music exciting, then check out everything that has to do with Danny Amis aka Daddy-O Grande. Here's his website: http://www.daddyogrande.com/

Devon
Posted by Devon at 7:46 PM No comments:

This book here, subtitled "Pub Rock And The Birth Of New Wave", found its way into my letterbox today. Of course, I haven't read it yet, but checking the index reveals a lot of references to Dr Feelgood or Wilko Johnson (plus a host of other bands/musicians from the pubrock era). I believe, except the few well known books (Will Birch for one) regarding this topic, there's not much more on the market. 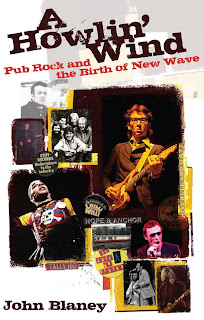 These are around 350 pages in the form of a paperback, with just a few pictures thrown in. Released by soundcheck books. I've no idea about the general price, although my copy did cost me the equivalent of around EUR 22.00, which I consider good value.

The other day, I found this CD in a local shop. Apparently a re-release (GRANDCD32) in a digipack. The old Grand release was GRANDCD01 and came in a jewel case. I don't see anything different than the catalogue number and a slight alteration to the cover. I didn't have a clue as to this release until this afternoon and I don't know wether other albums are in the pipeline to get the same nontreatment. The Cadiz website is not very informative and other sources are hard to come by. 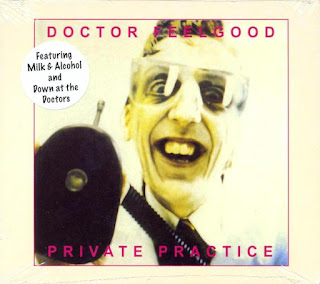 Unfortunately (for me), I'm the kind of guy who needs to buy this stuff, even though the album is in my collection a few times over. I just hope, that Cadiz leaves it at that, because I really don't need to buy the whole backcatalogue again. But there you are, once a Dr Feelgood fan, always a Dr Feelgood fan.

Devon
Posted by Devon at 6:40 PM No comments:

I know, the soundquality of a lot of Pop and Rock albums during the early 70's is nothing to write home about. Flat, muffled, recorded from six blocks away (through closed doors) and with a hard-of-hearing sound engineer twiddling the knobs. LPs with a substandard sound from this era are legion. And I'm not talking about some backyard label doing their stuff on the latest 1940s equipment, no, these are major labels that didn't seem to fork out for a decent product.

I haven't heard one of these cucumbers for a long time now (I was getting used to the albums in fact), but just the other day I bought an old fashioned vinyl album of Genesis' "Trespass". Holy Moly! I have to dig very deep to find a bootleg that sounds worse than this. Have we really listened to this crap all those years ago? Sure, our playback equipment was not very HiFi back around the end of the 60s/beginning of the 70s, but this one takes the cake. I'm not talking about the musical quality, what I'm shooting off about is the soundquality. 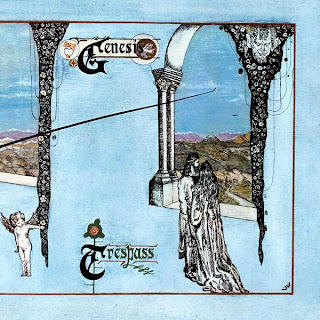 Of course, there was a dip in reproduction, cutting, vinyl and whatever around that time (that lasted for about five years), but if you listen to some other releases originating from this bygone era, there's much better quality involved. I believe it was mostly the artists that went for the masses, that were affected by this low-fi thing. Although there are a few exceptions. Normally I'm dead set against any remastering, but this is a case where it's required (and I believe they have done so, I'm just fiddling with an old LP, but that's me). Not even "The Knife" pulls this out to light.

Devon
Posted by Devon at 6:07 PM No comments:

Yesterday, I read about Mr. Henderson's death on March 9, 2012. Unfortunately, another great musician gone to Blues heaven. I liked his no prisoner taken Texas Blues'n'Boogie. Maybe he was not the most sophisticated artist, but the guy just had it. Unfortunately, I've seen Bugs Henderson & The Shuffle Kings only twice on stage, but these were gigs never to be forgotten. And here's to the man:

Cheers Devon
Posted by Devon at 10:19 PM No comments:

V/A - What Is The Definition Of Rock'n'Roll? Dr. Feelgood Tribute Concert (DVD)

Recently I got a copy of this DVD and this is a strange one. First of all, despite the subtitle "Dr. Feelgood Tribute Concert", there are a few songs that Dr. Feelgood haven't had in their repertoire. Second, the video is not a concert film as such, but clips taken from rehearsals, probably soundchecks and what else there is. Plus a bit of live footage as well. The whole thing is interspersed with what I believe to be the artists in the film replying to some questions. This is all in japanese and there are no subtitles. You either follow this without having the slightest clue or you are fluent in the language. The main footage seems to be from a rather small club, but even the setup is strange, you can hear people talking and yet there is a band in full flight being shown, there's just no sound coming from them.

The bands involved here number around 13 to 14 (hard to say really). Of course, I'd like to show you the list of bands and the songs they have on offer here, but it's useless, most of the writing on the cover is in japanese as well. One thing is to say, these folks are very enthusiastic. The music goes from straight Dr. Feelgood covers via a bit of Grunge (well one of the singers looks like a broken down Kurt Cobain) and a detour through Country & Western to murdering songs like "Milk & Alcohol" (including milk carton on the keyboards).

It's a very interesting video, but not a must-have, if you're "only" into Dr. Feelgood. It'd help if you had a soft spot for japanese music and their brand of Rock'n'Roll. From what I can see, this has been filmed in December 2007. Don't expect HD picture quality. This is quite grainy (almost throughout), with a few exceptions. As far as I know, this DVD has been out of print for some time.

Devon
Posted by Devon at 9:30 PM No comments: