It seems like these days everyone and their dogs release a CD of some long forgotten "gem" out of the deepest sixties. Let me tell you, some of this stuff should have remained where it sat undisturbed for decades. And some of it is rightly restored and brought to the public's attention. I'm afraid, this release is not something of the latter. Apparently, this all female band never released anything during their lifetime more than fourty years ago. 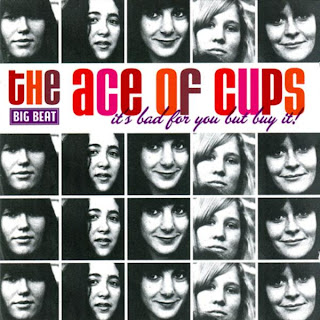 The reason I bought this CD recently, was, because of my interest in all female rockbands. This is a niche I'm collecting, although not religiously. When something catches my attention, here I am. However it's a great mistake to think that everything out of the 60s is great in terms of artistic value. The tracks on offer here are not fully produced studio items, but demos and/or live recordings. And the booklet tells you to just judge the music behind the apparent shortcomings of the sound. Well, that's the least of your worries. Actually, I've heard worse and normally I can deal with it. Passed!

But, this band doesn't know what they're doing. The Ace Of Cups are just one step up from The Shaggs (barely), without having the fun factor of the latter. Usually, when something is really really bad, it's over the top and fits nicely into the weird and strange category. From what I've heard on this CD, the girls/women can't play their instruments, can't sing, can't carry a tune. They were a fixture of the late 1960's San Francisco psychedelic ballrooms, as the booklet claims? Lucky me, I wasn't there when this happened. And what's more, on their website, they threaten us with another CD release coming up. Will I bother to buy it? You bet I will. Never sounded an album title truer than this one. Here's their website www.theaceofcups.com

There you are, thinking you'd know a fair bit about the Rock scene in your own native country and just by chance you happen to fall over some CD with the not so great title "After Shave - Skin Deep" and you suddenly realise, that you have not the faintest idea what had been going on around you for the last couple of decades. And you're going to light a row of candles next time you see a church, just because you feel guilty, having missed another great band. 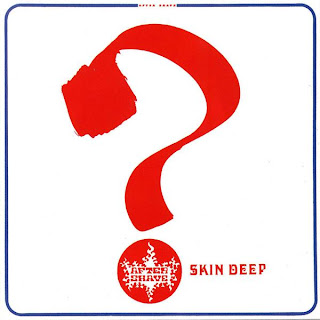 After Shave have rereleased their 1972 album "Skin Deep" on CD via Stateside label Rockadrome. While the band is not reinventing music, this is a fine powertrio and you can hear the influence bands like Cream have had on these lads. Typical trio fare, somewhere between Blues- and Hardrock, vintage style. But as lesser combos just cover songs of their idols, After Shave went one step further and wrote all of the songs on album on their own. Here are the nine original tracks from "Skin Deep" plus five bonus ones. There's even a website at www.aftershave.ch

Devon
Posted by Devon at 9:56 PM No comments:

Being somewhat of a longtime Far East rockfan, at least since the middle/end of the eighties, via their noise/avantgarde scene, my interest in music from this part of the world has since gone over to genres such as Rock'n'Roll, Rockabilly, Blues and Punk. There's some excellent stuff to be discovered there. However, most bands don't make it halfway around the world. Combos like 5.6.7.8's or Shonen Knife being an exception. But thanks to the internet, their scene is only a mouse click away.

The Rocktigers were completely unknown to me, until I practically fell over some blog, dealing with all matters (musically) from Japan. But I believe the Rocktigers are not from the land of the rising sun, but they are rather a Korean orchestra. This is a female fronted band charting Rockabilly waters. It's not for the fan seeking the authentic genre, as they sound much to modern to be a copycat outfit of some 50's sound (and be prepared to hear all vocals in their native language). I could only manage to get a hold of their CD release "Rockabilly Coasters", and this is somewhat of an EP, what with the total of all of 6 tracks clocking in well below this side of twenty minutes. They do have a website at www.rocktigers.com, check it out. Cheers Devon
Posted by Devon at 7:03 PM No comments:

Red Peters And Her Solid Senders – Rockin’ Out The Blues - #59

Red Peters And Her Solid Senders – Rockin’ Out The Blues


No idea, how I came across this one. I just believe, that at first, it didn’t catch my attention because of the Solid Senders name. I’d like to plead completely innocent, but I will have to admit that it was probably the title of the first song on this 10”, going by the name of “My Man Ain’t Coming Inside”. Now I realize that this is probably just my imagination, but then, I also know that a “Backdoor Man” (in Blues terms) isn’t someone to enter your house via the entrance in your garden.


The 10” vinyl was released in the nineties and Red Peters And Her Solid Senders seem to be a band hailing all the way from the and playing a mixture of Blues, Jive and Rockabilly. What you get here, are ten tracks (originals as well as cover versions). It looks like this was never released on CD. Their output seems to have been, in general, few and far between. I’ve read somewhere, that they tried to get that vintage 50’s sound on this release, not least by using ancient equipment. That’s okay and all, but for my money I’d like to have better sounding vinyl. Even in the 50’s, they have done better jobs than what they’ve come up with this release in the 90’s. Vintage sound reproduction one way or the other (Kitty, Daisy & Lewis show the world how it needs to be done).


The “Rockin’ Out The Blues” vinyl sounds muffled, with the band in seperate rooms from the recording equipment. What’s more, my copy is not a well pressed one, as the left channel does have a lot of distortion (I checked with other 10”s, just to make sure, it wasn’t my turntable drawing it’s last breath). As much as I prefer vinyl over CDs, this point is definitely one for the digital fraction. The ten songs on offer here are excellent. The band is swinging (even when in Rock’n’Roll mode) and have certainly learned their lessons without failing a test. As for Red Peters, she’s just perfect for this style of music. Her vocals are exactly what’s needed to have this certain sheen on the songs. It’s not a sweet and innocent voice, but one that does a lot to keep this thing going. A certain intensity is there, as well as a gritty layer, and yet, never obtrusive. I couldn’t find a website and the videos available on the www are not of the quality I’d put a link to. However, you can easily check them out on the usual platforms.