How Up - Every Time I Roll The Dice

A local band. Very local. About around the corner. One I didn't know existed, for they seem to have thrown in the towel and believe me, it's for the better of us all. The only reason I bought this CD in the first place was, it was a local band (might have said that already!), the other reason, it cost me less than the equivalent of one Euro and, so much for the "only" reason", there's a song called "Down At The Doctors" on offer here.

I'm a staunch supporter of the local scene. Local in the sense that every Swiss band gets a fighting chance, never mind which part of the country they hail from. Sometimes it's amazing what kind of bands exist, or have existed, flying under the radar. There's great stuff to be found and, I'm afraid to say so, even more the redundant and unnecessary ones. Just to get this out of the way, How Up belong to the latter, but let's see. 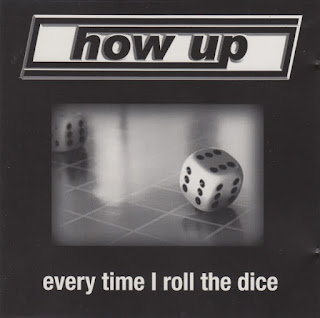 When a band churns out covers only media (o.k., minus one song, "snore"), I expect at least an original take on the song material. And How Up are indeed original, can I quote Greg Koch with one of his excellent songs "I'm Bored To Tears". This sums it up. All said and done. I just don't understand it when bands play covers in the most polished way, resulting in all life exorcised from the material. "Proud Mary" anyone? Jesus Christ, CCR (and legends of other artists) don't deserve this and even the excuse on record is lame. Most tracks on this CD are not my daily bread anyway, very well known, but if I can circumvent this, o.k. with me. Classic radio will do. 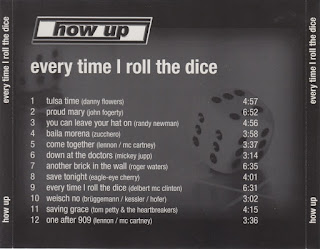 Sometimes I think, the band is trying to bite more off the cake than it's healthy for them, almost choking in the process. "Another Brick In The Wall"? Give me a break, not a very good song to start with (in my book at least), but an amateur band trying to ape the big stage? Thank you, but no, thank you. Or "Come Together"? Believe me, you don't want to hear this Throughout the CD, How Up sound like Eric Clapton on sleeping pills, say "August" era or thereabouts.

But what about "Down At The Doctors" I hear you ask. Mickey Jupp, be glad you haven't heard this, you'd sue How Up to their grave. The song is dead flat in the water. I mean, you must be trying very hard to flog all life out of a song and How Up, you definitely succeeded. I'll keep the CD as a curio and an example of how not to do it. Having said that, it's even more interesting to listen to the band, because they don't sound like amateurs without a clue. Their playing seems competent enough and for this alone they get top rating. Nothing to do with what they cooked up in the end.

And the singer, sorry, but this an absolute no-go. Roger Mottaz sounds like a cheap version of Toni Vescoli (and I can't stand the latter post 1970). This overdone zurichoise pronounciation of English lyrics (with a boyscout guitar in hand, sitting around the campfire at night) is many a Swiss band's downfall. I might be a bit harsh here, but definitely, life is to short for this kind of "entertainment".