Every now and then I check local thrift stores (called Brockenhaus around here) to see, what their latest in LPs/7"s and the like is. Most of the times, I leave empty handed, but over the years, there were a few surprises in store for me (so to speak). Normally the LPs go for around CHF 1.00 (ca. EUR 0.80) per item with some thrift stores even selling you five for four, that is, you select five and buy only four. Or you get a discount from the word go.

A few thrift stores have begun to price the better stuff, albeit on a low level. Which is mostly a joke, because they don't factor condition into their pricing and seem to think every Bob Dylan record is worth a lot of cash. Hello, it's not, and especially not considering that the sleeve is falling apart and there are more scratches on the record than a drunken hedgehog would leave behind, checking out a local record store. 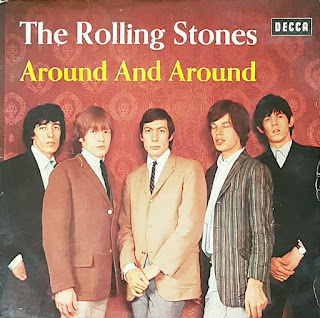 The last major surprise was the above shown LP (German release from 1964 or 1965) in a very desirable condition. The record itself is in a nice VG+, bordering on M- condition and the sleeve is VG. This is flimsy paperstock and there's a 2 cms split in the fold at the lower right hand corner plus, as you can see, some damage on the right hand side from handling the item. 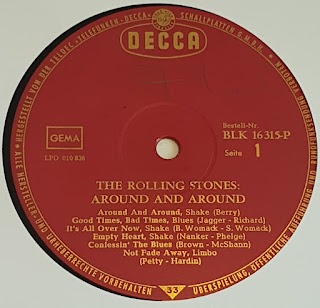 Although not a M/M item, this would be a record that would sit very well in anyone's collection. The thing actually was, when I took the record out of the sleeve (in the shop), there was a hazy mist on the run-out area. For a split second, I thought that this was due to an akward PVC-sleeve used as an inner (and you can't remove those prints - folks, never ever use PVC sleeves - no inners - no outers - if you value your records - PE is fine). 2 seconds later, I did realize, that it wasn't a case of PVC gone wild, but should easily be removable (which was quite the truth when I cleaned it at home). Fantastic item and all for CHF 8.00 (EUR 7.00), which is quite below the true market value.

Since I have a lot of time on my hands these days, I tend to frequent thrift stores more often now and it's really hard to believe what one can find. I got my hands on four or five 1950's Blue Note Deep Groove 10"s within the last couple of months. And all of them in at least VG+ condition. Of course, I've seen my share of James Lasts in the racks, but as long as I'm rewarded with something like the above, all is good. No complaints from me.