It's 2021 and I'm reviewing a CD that has been released in 2019. An antique really, if you think of it. Pre-pandemic times and all, when live gigs were still the normal, nobody walked around with a face mask, you met people you wanted just because there was a pub crawl in the making and noone barked at you because the queue you were standing in at the cashiers didn't move fast enough. Oh well, those were the times, easy peasy and then some.

Truth be told, with lots of free time on my hands, I've been listening to CDs like there's no tomorrow. 2017 up until the end of 2020 I only listened to special CDs that meant a lot to me (such as this one) and a bit of radio (Oui FM Blues'n'Rock is a favourite of mine at the moment). On my desk beside the laptop I have a small pile of CDs that get a regular play. Not much change there, sometimes a new one makes the cut and an old acquaintance leaves the inner circle. "The Old Testament Of Love" belongs to this circle and will remain there for some time to come.Comes January 2021 and for whatever reason I dive head-in and listen to a couple of albums a day again. Don't ask! I've no idea. 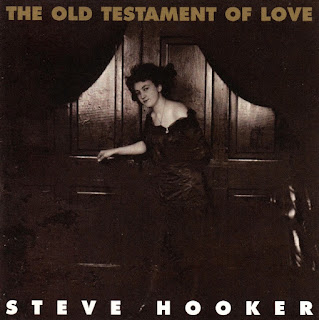 For the life of me, I can't remember were I bought this album. I'm pretty sure it must have been online somewhere. Little things like this drive me nuts, even though they're not really important in life. Now, where did I get this one from ...? From my desk a few minutes ago, that'll have to do for now. If you want to order directly from the artists, here's the link. Have a look around, there's more than CDs to be had.

I do remember seeing Steve Hooker in concert at a local place called Sommercasino back when we were a bit younger. It was quite the Rockabilly set and a very enjoyable gig. I must have had some of Steve's releases before that, because I knew the name and what to expect. In the end it was even more Rockabilly than I thought it'd be. No problem for me, because the genre makes up a substantial part of my interest and collection. Some people in the audience were even dressed to the nines, so I felt a bit out of place. However, it was a great evening. Steve has also played the Atlantis, a very well known local venue, but I seem to have missed this gig. 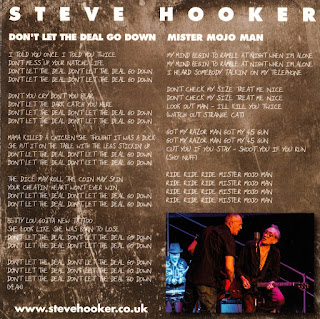 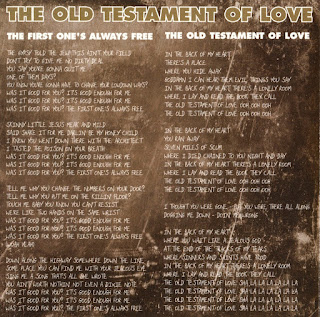 "The Old Testament Of Love" clocks in at just under 28 minutes. What you get are seven original songs (or instrumentals). One such instrumental is "Necktie Party", which I have firmly placed in the Surf corner. When I say Surf, it's not the Beach Boys style but rather a bit of Dick Dale, with absolutely great guitar work. "The First One's Always Free" is a heavy, heavy Blues. Not heavy as in loud, but every step has been carved out of stone. This is one direction of the Blues I cherish. Excellent vocals as well (listen for yourself), this is one of those songs that won't leave your brain and you'll begin to see white mice, because it follows you around 24/7. With more than 7 minutes, it's a kind of signature tune as well.

The following "The Old Testament Of Love" is a bit of a hybrid between straight Rock with touches of Garage and class songwriting. I'm no audiophile in the true sense of the word, but I like very well recorded music. This is such a CD. It's not tiresome and without checking, I don't think the music has been brickwalled (i might test the DR later on – not that I give much credit to this, but I believe music shouldn't be overcompressed). "Don't Let The Deal Go Down" is Rock'n'Roll as it should be played today. Modern tradition (if this makes any sense). An album with this branch of R'n'R on offer, I'll buy it every day. 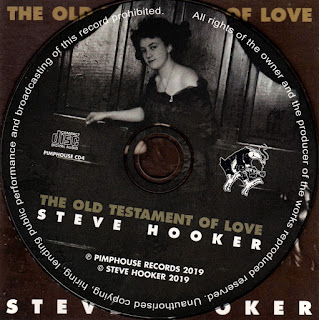 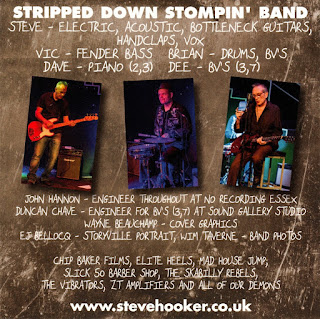 Very much a heavy offer is "Tighten It", heavy again. I don't know, is it me or ... when I name a favourite track from a CD/an LP, it's almost always such a footstomper. I could easily name a couple of dozen albums where this is the case for me. "Crows Legs" is another instrumental (just as the aforementioned "Tighten It"), but with a different twist. This is Steve on bottleneck, very much a southern twang (on guitar that is). My kind of music. To the point and yet enormously relaxed. I don't know how difficult it is to play this precise and yet seemingly without a care in the world. And the closer is "Mister Mojo Man", one on the heavy side again. When I say heavy side, you don't get any ballads here in contrast to "heavy", but the three tracks that I picked as being heavy, that's indeed what they are.Again, this is not loud, this is like Godzilla following you at night in the otherwise empty streets. Geddit? 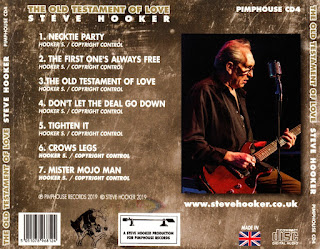 Now, if you'd point your browser in the direction of Steve's website and buy some product, I'll make sure to put your name up on my wall of fame. Thanks for your support and besides, you're doing yourself a favour.