The Glorias - Live At Bar Manhattan Rheinfelden/Switzerland on November 6, 2021 - Number 252

The Glorias - Live At Bar Manhattan Rheinfelden/Switzerland on November 6, 2021

After almost two years of being sidelined due to the pandemic, the Glorias finally made it onto the stage again. The big question was, how did they get through lockdowns and everything in between. Of course, the band rehearsed their repertoire in the interim on a regular basis, so I wasn't afraid that they might sink the performance. In fact, I was probably more confident in their abilities than certain members, who shall remain unnamed here, of the band.Well, it was back at the Bar Manhattan again where quite recently flector played their set (see one of the last posts below). 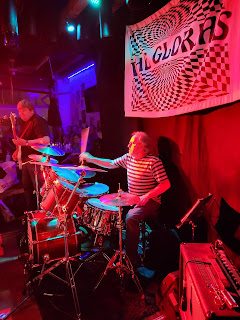 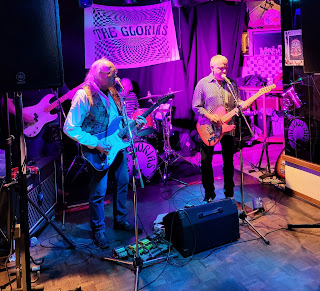 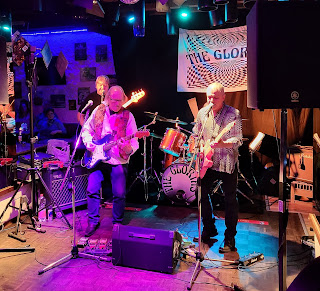 The event wasn't just about the first live gig since February 2020, but also to showcase the songs of their last album (available on CD and LP). The Bar Manhattan is a rather small venue, but even then, it wasn't packed. But there was a good number of folks present and sometimes they made a ruckus for two, which about counts for a full audience. My only gripe is with the merchandising, as the band's back catalogue and the new albums didn't sell in the numbers that I expected. I truly hope that punters might find their way to the Atlantis Record shop in Kaiseraugst, where they can still stock up on more than 30 years of the Glorias history. 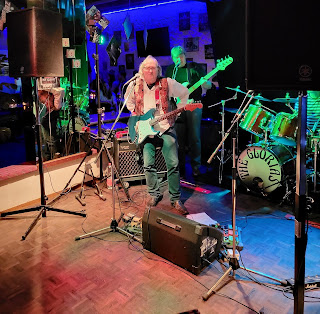 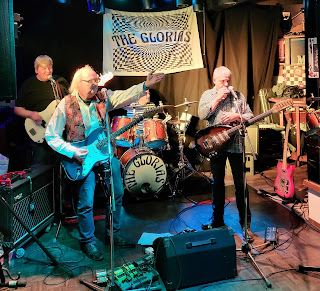 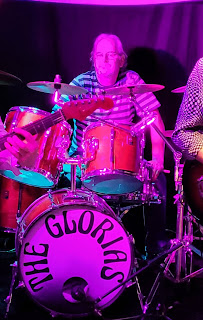 There were two sets that evening, the first one going to their new songs that can be found on "Timeless Zone" and the second one a sort of retrospective with a few covers thrown in. From the very first chords it was clear to me, that this was going to be a great gig. Sound was good, the intensity of the volume was just what a good Rock gig needed (even the DB meter on the wall agreed with me) and the band was in full flight from the word go. To me, it sounded real, it was real and it was smoking! 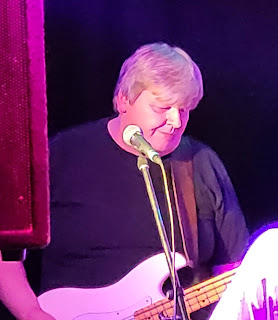 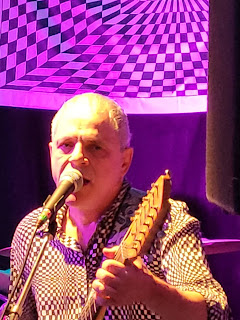 Of course, I've listened to their new album back and forth and there's always Alice in Wonderland, as to how a band can transfer their studio material to the stage. Perfect! The live setting was what this band needed and one could feel it. Free at last and they played not tense (as the unnamed member of the band hinted at) but in full flow. Don't ask me wether they played note perfect, I can't say, to me it was top all the way up. And if one or the other missed a beat or hit the wrong note once in a while (which I believe didn't happen), it didn't matter either. Just the fact that their music reached an audience which had a good night out was the icing on the cake. 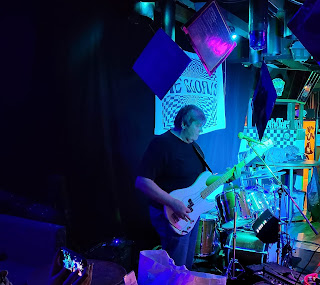 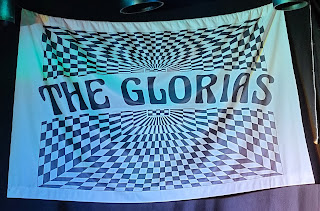 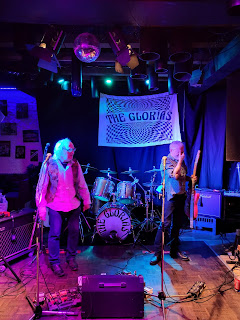 Once again, I realized there's a world of difference between media such as CD/LP and live on stage. Precise playing (which you get on media as well) with the physical pressure from sound (which you don't get on your stereo - no matter how high end) and of not being the only one in the venue/room enjoying the proceedings. I need to point out, on my stereo at home, I can only listen medium volume, otherwise my neigbours would be on my back. And headphones are not really for me (even though I own a very good one, I never use it anymore). The songs were more intense and in your face and I especially watched Bernie and Marco on guitar. They both looked and sounded like they've never done anything else. Well, both of them are founding members of the Glorias, so, there it goes.

Morten on bass is also a longtime member and the mc for the band (or something like this). Morten actually played in a Dr. Feelgood covers only band a few years back and they did a good job too. I still have their CDs. The new drummer (whose name has just eluded me now - he's not on "Timeless Zone") must have had his first live gig with the band. Great drumming too. I've overheard people talking about him and they were impressed by the way he did what he did. For all the wrong reasons, as they seemed to put him in the hardrock, heavy metal corner. No, he's a very good Rock drummer and that's what he showed that evening. Maybe in another life he did some Heavy Metal, but not this evening. And if folks were impressed with, what they called his heavy drumming, I think they got it wrong. The stool wasn't taken by the Animal from the Muppet Show. 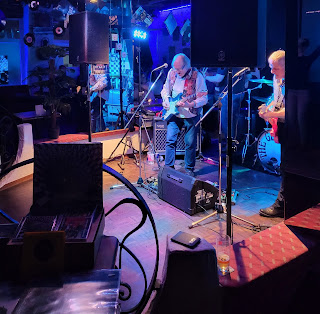 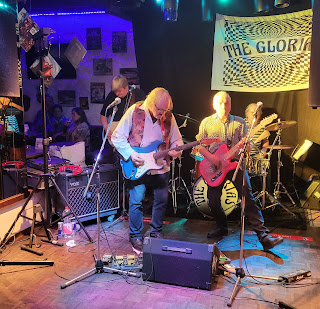 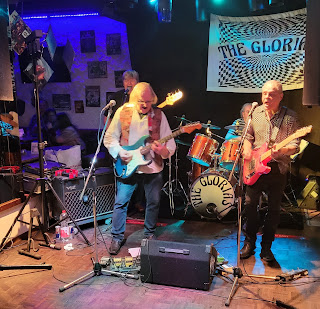 And then it was time for the second set. A look back at more than 30 Years of the Glorias with a good number of cover versions thrown in. All done in the Glorias' style. The second half time went as fast as the first one and now the punters really got going. Sometime in between I realized Marco is playing the same guitar model as Sue Foley and they are Pinky one, Pinky two and Pinky three. I believe Marco was actually on stage with at least two different guitars that night. His Pinky did seem to get the most playing time.  Afterwards, the members of the Glorias were very satisfied with their performance and quite rightly so. Next one up is on November 27, 2021 at the Nelson Pub in Muttenz. See you there!