I admit, until recently I had never heard of Last Avenue despite the fact that they apparently exist since 1998, originally as Mild'n and from 2006 on as Last Avenue. And I'm no stranger to Swiss Rock music, although I don't claim to have heard of every band in Heidiland. I'd guess, the ones I haven't heard of have either a very low profile, play only cover songs or make a ruckus in a genre I can't stand. Considering that the band has released five albums and a couple of singles, it's quite an achievement to remain below the surface. 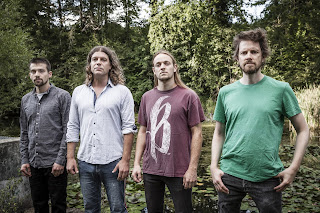 But truth be told, it's probably not their fault. I've learned a major lesson regarding the Swiss music scene, it's very fragmented. Whatever is en vogue in the french part of the country is lost somewhere along the Röstigraben and vice versa. Same goes for the italian corner (Ticino), except in this case, the dividing line are the Alps. The problem is actually so bad, that a lot is lost between the Basel and the Zurich area. Bands that have cult status in the Northwestern part of the land of cheese and chocolate don't get a foot on the ground east of their natural habitat. And I'm not even starting on areas East of East St. Zurich or the scene around Bern or others. Case in point, Blues and Bluesrock bands don't have it easy around Basel, while around Zurich they seem to thrive. There are genres which are much more at home here that you won't find in abundance in other parts of the country.

Last Avenue call their music Hippie Rock and Classic Rock. There is something to be said for short and concise descriptions, but a lot is lost in translation and there is so much more. Not that Hippie Rock is a misnomer, personally, I think it's a bit vague, although I can see where it leads to. Classic Rock, although not a genre per se, is much more to the point (even though this is not the end of the rainbow). The associations made with regards to their music cover quite a range, but I must leave it to the listener to draw his/her own conclusions, suffice to say, I still hear traces (and sometimes a bit more than that) of Led Zeppelin. Maybe the band is out to crucify me now, but this was my first impression when I listened to "House Of Trash". Mind you, not throughout the CD, but it stood out several times. 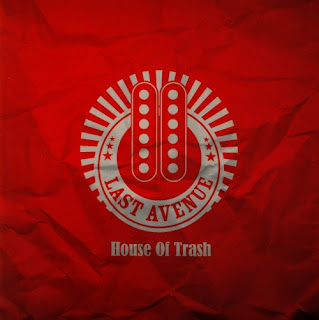 Definitely, the band is anchored in an updated 70s setting. The songwriting (all originals, btw) is outstanding and the execution of the songs is beautifully done. I've said it before, every band going to the lengths of doing their own songs gets a bonus point from me, wether I like what they're doing or not. The full CD is very organic and floats from track to track as it must be. In preparation for this post I've listened to the album many times and I don't yet see the day coming, where I'm getting bored with it. Probably never.

I don't want to single out any of the tracks, because they are all of high quality. Just let me mention some of the twelve highlights. "House Of Trash" sets the pace for what is to come. An opener that gets your attention immediately. It's a bit like the band has packed all their trademark antics into the one song. "Ten Years Today" is more of this 70s vibe. A mix of times long passed with a 21st century sprinkling. "Giving It Up" is a rocker but still founded in the music tradition. One thing that must be said about the music, even though the guitars scream sometimes, the drummer is present and the singer gives his all, they never drift into Heavy Metal, it's always solid Hard Rock (when the track calls for it). This is a prime example of their more "in your face" songs. "So Never" is a ballad, but I hasten to add, not one of those sleepy things that I usually turn off. "Just For You" is maybe a lost Led Zeppelin song. Grand! For this track alone you should buy the CD. "Speedway Lover" is another track that flows so seamlessly on the harder side of the genre and the guitar is just beautifully done. Even the breaks to a slower pace make sense. "Treetop" is the longest track on this CD (8:04) and a very interesting piece.

A commercial break and a word about the band. The current  line-up is as follows:

Swiss bands amaze me sometimes by their professionalism (yeah, I know, prejudice), even though they are not fulltime musicians (see for example flector) and Last Avenue are right in this square. The guitars are more than a notch beyond very good. The rhythm section (bass and drums) knows their drill as well and I have to highly recommend the guy(s) on vocal duty. In other words, this is a nice package with not a dud in sight.

I tried to find some other CDs on the market, but failed to do so (I might try again), but Last Avenue's management was so nice and sent me their "Greatest Hits" CD, their latest release (thanks Sibylle!), just to get me an idea about the progression the band made. One thing I don't get, why is the CD not in chonological order? Five Mild'n and eleven Last Avenue tracks culled from various albums. 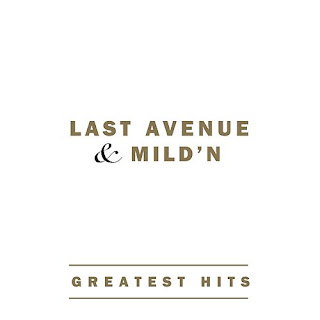 Depends on what you're looking for in an album, an overview of decades of creative output or a condensed version of a moment in time, this is how you perceive the offerings on a CD. I find "Greatest Hits/Best Ofs" compilations, or the like, always difficult. It's almost like a band erases part of their past and who's to say what songs the listener wants to hear from their back catalogue. Having said that, I can see how the band has changed from Mild'n to Last Avenue (based on these two CDs only). There are traces of Last Avenue in the Mild'n songs. But five tracks is more of an educated guess than solid fact.

Listening to the Last Avenue tracks that are not on "House Of Trash" there is only one conclusion to be drawn from it, try and buy the other CDs (note to myself). "When You Are Smiling" is one of these Mild'n tracks and I get it where the Beatles comparison comes from. I'm not a Beatles fan at all, but this is beautiful. If you're a Beatles aficionado (and even if you're not) buy the "Greatest Hits" CD. "Rock'n'Roll, I'm Coming Home" is a Last Avenue song and one that makes me itchy about getting the full CD. This is a song (amongst many others from Last Avenue) why you should seek out the band. While I would put Mild'n in a progression in fact before Last Avenue, make no mistake, the band, back then, knew how to strut their stuff. So, I might have to go the Mild'n route as well. Honestly, worse things have happened to me.

I just missed a Last Avenue gig (together with flector) last weekend but I will be at one of their live events as soon as I can make room in my calendar. If you want to keep updated, visit the band's website at

or if you want to book them, please contact their management at

P.S.: Forgot one important statement above. A lot of singers in Swiss bands struggle with the English language and sound like Toni Vescoli on a good day, with their Swiss dialect shining more than through. Not so Last Avenue. I commend the guys on vocal duties for this as well.