V/A - A Day In The Life: Impressions Of Pepper

I have very little Beatles in my collection. I can (and could) listen to their music without getting skin rash, but that was about the extend of my interest in the band. Mind you, to this day I appreciate what they did for Pop music in general, just not really my cup of tea. Back in the day, it wasn't a question for me wether Beatles or Rolling Stones. It wasn't "neither", it was more like "I don't care". I listened to both, whatever was on the radio at the time. Later, there was actually a slight shift towards the Stones. I've seen the latter a few times in concert and my RS collection is not exactly small, but a fan? Not that I would know.


What I do have in my collection are covers of Beatles songs by other artists and most of them of the weird variety. Fascinating stuff, at times funny, strange, brilliant, whatever, but always very worthwhile to listen to the "music" on offer. Yes, sometimes it was "music" (like the LP where they pretend to bark the Beatles songs dog-like, or Opera rendition of their songs, or Asian covers, you name it). And, of course, a few where Jazz takes over and the tracks are covered in this genre. Naturally enough, I did read about how Sgt. Pepper lends itself very much to the Jazz idiom. 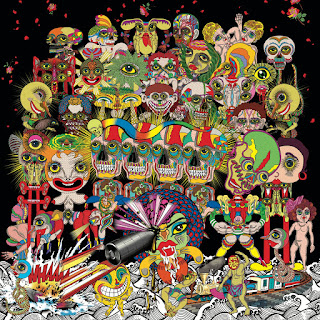 Various artists are taking on the whole "Sgt. Pepper's Lonely Hearts Club Band" album and it's a bit of a serious undertaking. Not weird in the sense of funny, but weird in the sense of strange. Even that you have to put in perspective as it's mostly impossible to tell what song is actually playing (unless you look at the track list). But that is actually the Jazz DNA, the interpretation of certain works into the genre and make it their very own. Apart from original material, that is. I'm torn back and forth with this album. It's interesting and quite challenging, it's not just Jazz but a whole lot of ingredients thrown into the mix and most of the performers are not known, not to this Jazz fan anyway. The only one I do recognize is Mary Halvorson (I've got a few records with her as the leader or sometimes the sidewoman, in my collection). The others, I'm drawing a blank!

Would I recommend this album to a Beatles fan? No, certainly not! If you're a die-hard fan of their music, you probably don't want to hear Jazz renditions you don't even recognize as Beatles songs (most of the time anyway). Am I going to wax about this to a Jazz fan who's never heard about the ... what was the name again? Probably, because this is interesting enough to keep you in front of your loudspeakers for repeated listening sessions. A strange hybrid, but well worth investing your time in. Available as CD and LP.