Shaman Spirits - ... We Are Infants

I bought this CD just because Gordon Russell is on lead electric triangle here. Sorry about this, make this lead guitar (apologies to Monty Python though). I was actually beginning to wonder where he's at. Now, imagine for a second, Mr. Russell wouldn't make a solid appearance on this album and you'd not buying it ... can you spell m-i-s-t-a-k-e, BIG one at that. This is simply one of the most surprising CDs put out, let's say, in 2014 so far. Well, maybe even in the tenners.

Shaman Spirits is actually a side project of Kevin Morris and, I'll admit it freely, I'm not his greatest fan (and I'm being nice here), but this is another page in a different book, one that's actually closed for good. I really didn't think Mr. Morris would come up with anything but cover versions played ad infinitum. Think again, and when you realise that he's written seven of the nine songs on offer here, you can come up and gasp for air. Something I thought was unthinkable. He was forever and a day marked as the drummer behind a travelling covers only dance band.

And now this! A collection of songs that stand up on their own. Tracks that have a profile and lyrics that are a cut above the level of today's entertainment industry. Hardly believable that this is the Kevin Morris I knew. Just a message to the man, why didn't you do this before? Your credibility wouldn't have scraped the bottom of the barrel. But as the saying goes, better late than never! Congratulations on this achievement. 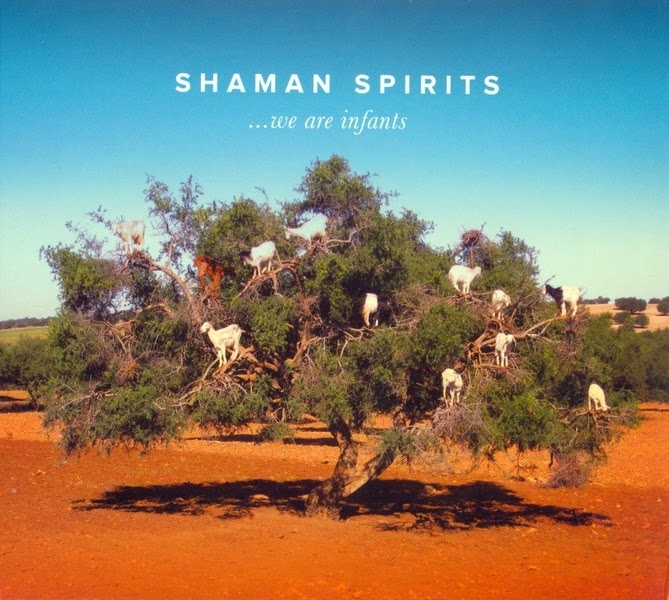 Another surprise here, is, that Mr. Morris is mentioned as, hope you're sitting down, besides working the drums and stuff, acoustic guitar, electric guitar and he's the singer on some of the tracks (and not a bad job either). The line-up is something of a rollcall. Besides the aforementioned Kevin Morris and Gordon Russell, you get Dil Davies (whoever he is) on a couple of tracks playing the drums, Mark Feltham (we know who he is) on harmonica, Graeme Turner on saxophone, Richard Watts on lead vocals on a few tracks and last, but not least Mr. Dave Bronze on bass guitar, electric guitar, keyboard and stuff.

The CD clocks in at around 43 minutes and exactly nine songs. The first impression I had, was of a very eclectic collection of songs, mainly in the Blues, Rock and what not genre. However, this would sell the album a bit short. If you're after your 08/15 Bluesrock type of stuff, this album is not for you. There are many shades of musical tidbits on the plate. In fact, there are rockers, bluesers and jazzers, but this is no hodgepodge. Kind of organic. The only two covers are "Run Conejo Run" (Dave Alvin) and "Before The Beginning" (Peter Green).

The CD has been released on Baby Grand Records BGRANDCD001 and this is a 100% recommendation to buy it from your local record dealer. He/she will order this for you, support the small brick and mortar shops in your neighbourhood.